People wanting to use their skateboard as a mode of transportation through downtown Cheyenne can now legally do so.   The Cheyenne City Council voted 6 to 3 Monday night to amend a section of the city code which prohibited skateboards and similar devices in the downtown area.

“It allows them to use a skateboard or a longboard as a method of transportation,” said Councilman Dr. Mark Rinne, who sponsored the ordinance.

Rinne says a lot has changed since the initial ordinance was passed twenty years ago.

“The skateboard and the populous that uses it has evolved from what it was back then,” said Rinne. “I think there’s a place for it to be used as transportation.” 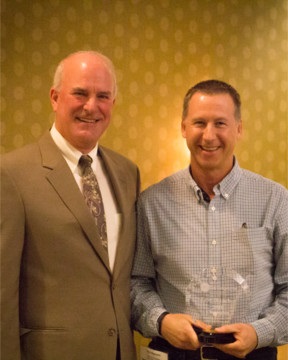 “…The volatility of gas prices has no effect on Eric Blanchet’s commute. The Monroe resident travels 58 miles a day by longboard, skateboard and bus to his job at Microsoft. For his commitment to alternative commuting, he was named the Curb the Congestion Champion of the Year at the 19th Annual Choice Connections Awards. …

Blanchet not only walks the talk about alternative commuting, he also spends his lunchtime and breaks at Microsoft teaching coworkers how to ride a longboard.”

“It’s super addicting.”  James Peters doesn’t really care what the roads look like when his work day wraps up. He commutes on four wheels, but never gets stuck in traffic. One way from his office in Pioneer Square to his home in Lake Forest Park is 15 miles, and takes him 80 minutes on his longboard.

An excellent video on skateboard commuting from my brothers in the Pac NW!

Want to help the Earth? 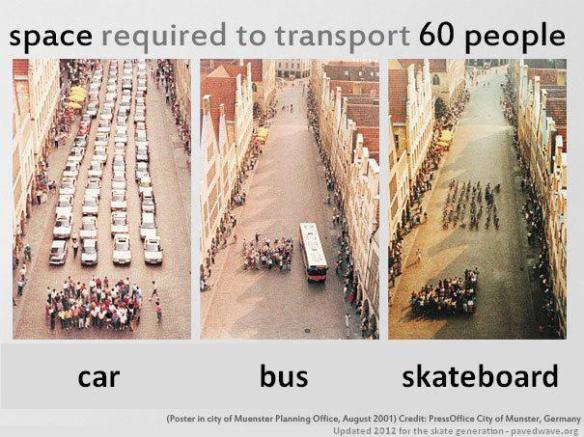 Commuting on the PW Forum

Advice on my setup for commuting on bad surfaces?

Yet another commuter setup – Your opinion?

Longboarding: commuting with purpose and buzz 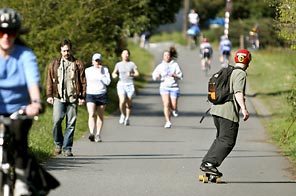 For skate-commuters just starting out, or coming back to it after many years, one of the most essential skills is stopping on big hills in heavy traffic.   I’ve talked with far too many people who skated once, went down a hill realizing (too late) that it was too big for them, then ate the asphalt, and were “done with skateboarding” for good.

Footbraking, although not sexy in style, is THE very best method to stop in a narrow shoulder or even between moving traffic and the shoulder/parked cars.   Carving side to side to shave off speed, or air-braking by holding up your arms like a big grizzly bear, are good ways to slow down, but not to a stop.   Sliding is of course the most fun, and the most popular way to stop once you’ve built up solid balance skills and spend time away from traffic practicing.  But for fast, heavy traffic with narrow roadways, sliding is highly impractical, especially for those who haven’t invested the time to become really good at it. 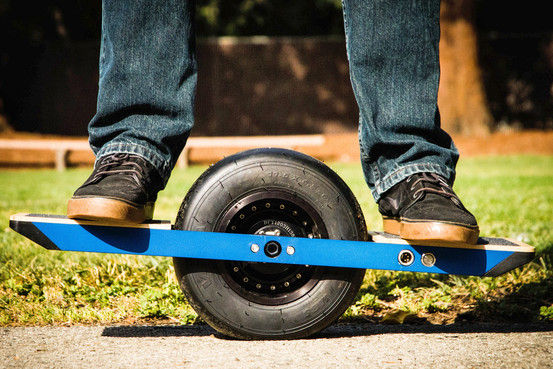 Rush Hour in the Netherlands

“…Sort of like a Segway with a seat, the UNI-CUB β allows riders to achieve a full 360-degree range of lateral movement — forward, backward, side-to-side or diagonally — simply by shifting their weight.  Designed primarily for indoor use, the UNI-CUB β is powered by a lithium-ion battery and weighs about 55 pounds, with a battery life of about 1.5 hours at an average speed of 2.5 mph. …”